Yesterday we were treated to an interview with Doug Kelley in MinnPost, an online news agency here in Minneapolis. For those not immediately familiar with the name, Kelley was a prominent spokesman for the Minnesota Orchestral Association (MOA) while it locked out its musicians as part of the longest, and perhaps ugliest, labor disputes in the history of American classical music.

While Kelley is amiable and articulate, his previous press appearances were unmitigated disasters.

Long-time readers of my blog will remember my analysis of his appearance on the local news program, Almanac, where Kelley blithely dismissed the musicians concerns as “frolicking detours.” Further, in response to questions about the fact that the MOA had been withholding financial information to the musicians, Kelley remarked that the MOA didn’t need to provide this information because the musicians already had copies of the MOA’s tax documents, and “as everyone knows, you don’t cheat on your taxes.”

Readers may also remember my response to his bizarre interview on Minnesota Public Radio, where he tried to justify Michael Henson’s $200,000 cash bonuses (received at the same time he was laying off staff due to the Orchestra’s financial difficulties) by saying that the CEO position was, uniquely, a “serious position” that required a specialized skill set. He also informed us that because Henson was subjected to public criticism in the media, he should have earned “combat pay.” Conveniently forgetting that the musicians hadn’t had any pay whatsoever for more than a year by that point.

It is puzzling, therefore, to see Kelley speaking out again, and giving his thoughts on the recently-ended labor dispute. And for good or for bad, his answers were precisely in line with what we’ve come to expect.

Fellow blogger Emily Hogstad has posted a full-blown rebuttal over at Song of the Lark, so I won’t attempt one here. But here are some things that I feel I really should call out.

“I was with Richard Davis [Orchestra board member and CEO of US Bank] and [Orchestra President] Michael Henson as early as 2009 in meetings with musicians. And Richard, who is a great communicator, had all these PowerPoints showing the terrible deficits we were running. And he was telling them, ‘Look guys, we will honor the current contract. Because we have to legally. But this has to change. It can’t go on. And if you don’t come and help us feather this off a little bit now, by the time [the contract ends] we’re going to have to do something shocking. As in large givebacks.’ ”

One of the things that disturbs me so much about this point, Mr. Kelley, is that you essentially telegraph the MOA’s overall strategy—its determination to claw back money from the musicians at all costs. Kelley all but admits that if the MOA couldn’t get “givebacks” from the musicians, the plan was to lock out them out to make up the savings.

This would help explain why, contrary to all expectation, the MOA rebuffed any and all attempts to bring the sides together to work out an equitable solution. As I wrote in a previous blog entry:

Minneapolis Mayor R. T. Rybak and legendary Orchestra patron Judy Dayton offered to host a celebration concert where the Orchestra could celebrate its Grammy nomination.  The board refused their invitation.  Orchestrate Excellence, a group founded to bring the sides together, created a report comparing the Minnesota Orchestra with the Cleveland Orchestra to help facilitate dialog and present a useful model for future compromise.  Management dismissed it out of hand.  Respected arts leader Alan Fletcher came to town with talk tough for both sides, and offered his views about surviving difficult negotiations.  Management rebuffed him.  Senator George Mitchell, who famously brought peace to Northern Ireland, was hired to mediate a solution to the crisis.  Management negotiated around him, and ultimately rejected his recommendations because to do so would cause them to “lose leverage.”  Outside observers called for an independent financial analysis of the Orchestra.  Management hired its own firm to do a targeted analysis based only on information it provided.  Concerned community members launched an “SOS Osmo campaign” to raise money specifically so that the Orchestra’s Music Director Osmo Vänskä could stay.  Management blithely suggested it would roll these funds into its own general fundraising operations, and made callous statements that Osmo was free to move on.

Again and again, people from all parts of the community have made serious offers to resolve this dispute, or to at least address critical areas of concern.  But the Orchestra’s management has rebuffed each and every one.

Now it all makes sense—the reason the MOA kept dismissing offer after offer was that it never actually wanted a resolution.  Its only concern was simply to claw back a pre-determined amount of money. They didn’t care that 10 state legislators demanded the removal of Richard Davis, Jon Campbell and Michael Henson. They didn’t care that the City of Minneapolis was 36 hours from determining the MOA had broken their lease on Orchestra Hall and taking over Orchestra Hall. Or the loss of musicians, the near-permanent loss of Osmo Vänskä, Minneapolis’s projected $2.9 million in lost revenue, or countess examples of collateral damage to the organization.

The only thing that mattered was clawing back $5 million from the musicians, any way they could.

What would have happened if Richard Davis hadn’t come in with guns blazing, but instead called the board, staff, musicians, donors, audience members, and community supporters to create a new shared vision of what the Minnesota Orchestra should be like, along with a new, jointly-created business plan to support it?  My hunch is he could have found the necessary savings, but ended up with a plan with much more buy-in from all stakeholders.

“Was it a huge ask? Yeah, it was. I don’t know how we could have done it differently.”

With respect, Mr. Kelley, your stunning lack vision is not my problem.

Neither is your stubborn refusal to listen to outside advice.

Many, many people gave ideas for how to do things differently. My blog is replete with suggestions on how you could have done things differently, and I was not the only one doing so. Attorney Lee Henderson, for example, suggested many things that could be done differently, and more importantly, found people to contribute money to make his proposals happen. And let me point out that your own hand-chosen mediator—the famous Senator George Mitchell, who brought peace to Northern Ireland—also told you how to proceed differently. And you brushed him off, stating that his ideas would cause you to “lose leverage.” It was abundantly clear that the MOA leadership was not interested in balancing the budget, but breaking the union.

“What we didn’t anticipate was that the union was going to take a stance and make Minnesota a test case for the industry.”

For me, one of the bizarre elements of this whole ugly experience is that you actually seem to believe this nonsense.

First, let me point out something. I’m sure your PR consultants told you to dehumanize your opponents by referring them to “the union.” But they are not some faceless, interchangeable mass of hostile humanity. They are your musicians. The musicians ran this show, only turning to their union for logistical help. This was covered repeatedly in the press coverage. Again, it wasn’t some nebulous “union,” it was your musicians.

To your point. You seem to think the whole reason “the union” fought back was to make a statement. On the contrary, your musicians fought back because they realized the ridiculous proposal you were trying to implement was a fundamental threat to their livelihoods. It wasn’t just the 40% pay cut (which you conveniently round down to 30%), but the 200 changes in the work agreement that would have eliminated seniority, forced compliance into outreach activities, and much, much more.

One could say that it was you who tried to spark a national trend. This explains why you retained the legal firm, Felhaber, Larson, Fenlon, and Vogt, which was also simultaneously engaged by the Saint Paul Chamber Orchestra during its labor dispute. Also, this is the same law firm that was famously attempting to break the at Crystal Sugar workers’ union at the exact same time. Plus, are you denying that the MOA had a series of collaborative meetings with your peers from other orchestras who had recently engaged in labor disputes? It is widely understood that because of such meetings, you elected to buy up a slew of Internet domain names that included the words “save” and “Minnesota Orchestra” to block audience advocacy groups from getting involved in the dispute, as they had in other locales.

Exactly who was turning this dispute into a test case for the future?

“[T]he local labor lawyer for musicians — he and I had gotten on well in the past— was pushed out and in came Bruce Simon from New York, who was a table-pounder, an in-your-face kind of a guy.  But it was also very counter-productive. Little old ladies don’t like be told, ‘[Bleep] you’ by Bruce Simon, and he literally would do that.”

Do I understand correctly that you’re peeved that the musicians chose not to work with an amiable labor lawyer, but turned to a fighter?

May I remind you that you brought on a law firm famous for its attempts to break the unions. And your musicians were in a fight for their lives.  Just moments ago, you indicated that Richard Davis told the musicians he was coming after them as soon as the contract was over.

And you’re upset that once you backed them into a corner, they reacted by trying to find the fightingest fighter they possibly could?

Also, are you suggesting that the MOA’s negotiation team, which is made up of some of the most seasoned, veteran business leaders in the state (who also happen to be executives at two of the largest banks in the country), had never been involved in tough negotiations before, and were completely undone by… foul language?

And… who are the little old ladies you refer to? How were they involved in the negotiations?

“But overall, I think we did achieve a contract that could be a model for the rest of the industry.”

Mr. Kelley, whatever one may think of the final contract, the method by which it achieved was a nightmare. That you ignore the serious damage you brought to the organization, and can’t seem to bring yourself to acknowledge the serious work of recovery that still has to happen, is an embarrassment.

“But it was never about breaking the union. That was never even considered.”

Mr. Kelley, your statement is belied by almost everything that happened over the course of the lockout, as well as the MOA’s many statements over the last two years.

Mr. Kelley, I bear you no personal animosity.  I know you’ve been a strong advocate for the Orchestra in the past, and I appreciate the years of support you’ve given to the organization.

But your statements are wrong, and simply not helpful. 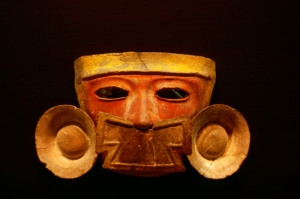