I’ve learned about a campaign underway to change the lives of Cuban music students that we met during the Minnesota Orchestra’s recent tour to Havana… and I think it will resonate with you, my readers. 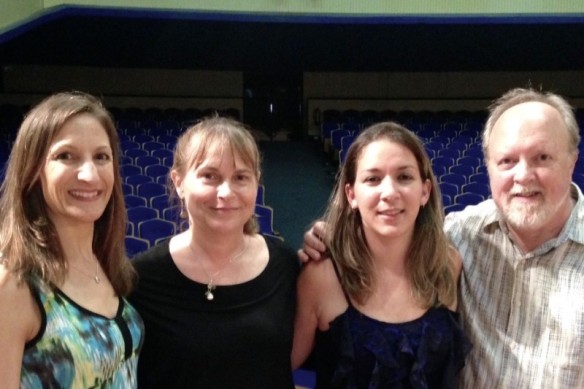 END_OF_DOCUMENT_TOKEN_TO_BE_REPLACED

For some time now, I’ve been planning on doing a final wrap-up about my time in Cuba with the Minnesota Orchestra. My last tour-related article for MinnPost was a more analytical overview of what the tour meant on a broader scale, and I’m quite proud of it.

But at the same time, the tour touched me deeply on a personal level, and I wanted to capture my personal feelings with a post here on my blog—one that would serve as my final thoughts about the tour, provide profound wisdom that would set the Internet ablaze, and no doubt win me not just a Pulitzer, but a Nobel Peace Prize for my ability to bring two hostile countries together. END_OF_DOCUMENT_TOKEN_TO_BE_REPLACED

One concert down… one to go.

In case you are just making your way to my blog, I’m currently in Havana covering the Minnesota Orchestra’s historic tour to Cuba. And as a man who makes a living from writing, I’m embarrassed to admit I’m having a hard time describing everything that’s going on… it feels like mere words are simply not enough. END_OF_DOCUMENT_TOKEN_TO_BE_REPLACED

There are four musicians in Havana… these musicians are always engaged, an in order to gain preference it is necessary to rise their fee and on top of that, which is already exorbitant, provide mounts for them, give them rations of wine and give each one of them and their families (in excess of what they eat and drink at the function) a plate of what is placed on the table which they take home with them.

—Hernando de la Parra, secretary to the governor of Cuba, 1598

Let me confirm, if you ever doubted it, that Cuba is an intensely musical place. As Señor de la Parra’s 400-year old complaint confirms, local musicians have had an outsized position in Cuban society since way back.

The joyous ubiquity of music is one of my first, and most powerful impression of the place. END_OF_DOCUMENT_TOKEN_TO_BE_REPLACED

This week the Minnesota Orchestra is embarking on a historic musical tour of Cuba— they will be the first performances by a major American orchestra in Cuba since President Obama announced his intentions to normalize relations between the countries. The community is shimmering with excitement.

But this isn’t the first historic tour the orchestra has made to Cuba. In 1929, the Minneapolis Symphony Orchestra (as it was called at the time), made its way to Cuba under the direction of then-Music Director Henri Verbrugghen; it was the first oversees tour the orchestra had ever embarked on. The tour was a smashing success that did wonders to raise both the orchestra’s artistic standards and its reputation. Plus, the wonderful publicity the tour generated was a public relations bonanza for the city of Minneapolis, which had been struggling to present itself as a cosmopolitan metropolis.

In preparation for this week’s departure, I’ve been rummaging through the archives to learn more about this previous tour. It’s fascinating to see that even though nearly a century separates the orchestra’s last tour to Cuba and this one, the two tours share many points of similarly. I’m sure that in reading the goings-on from back then, many musicians, administrators, and supporters will see a bit of themselves reflected back.

END_OF_DOCUMENT_TOKEN_TO_BE_REPLACED

The Minnesota Orchestra’s tour to Cuba is fast approaching, and I couldn’t be more excited. A while back, I had quipped that given the fact that I used to teach Cuban history, I was ruthlessly suppressing an urge to assign everyone a reading list.

I’m surprised by the number of people who approached me and said, in effect, “bring it!”

So before it gets any later, I thought I share a few ideas for those who are going along on the tour, following along at home, or are just curious about our Caribbean neighbor.  I’m happy to do so—Cuba is a fascinating place filled with fascinating people, and there are so many fascinating stories to share. I’ve linked the titles to Amazon.com… not as an endorsement, but only as a reference.

END_OF_DOCUMENT_TOKEN_TO_BE_REPLACED

Mask of the Flower Prince
Create a free website or blog at WordPress.com.